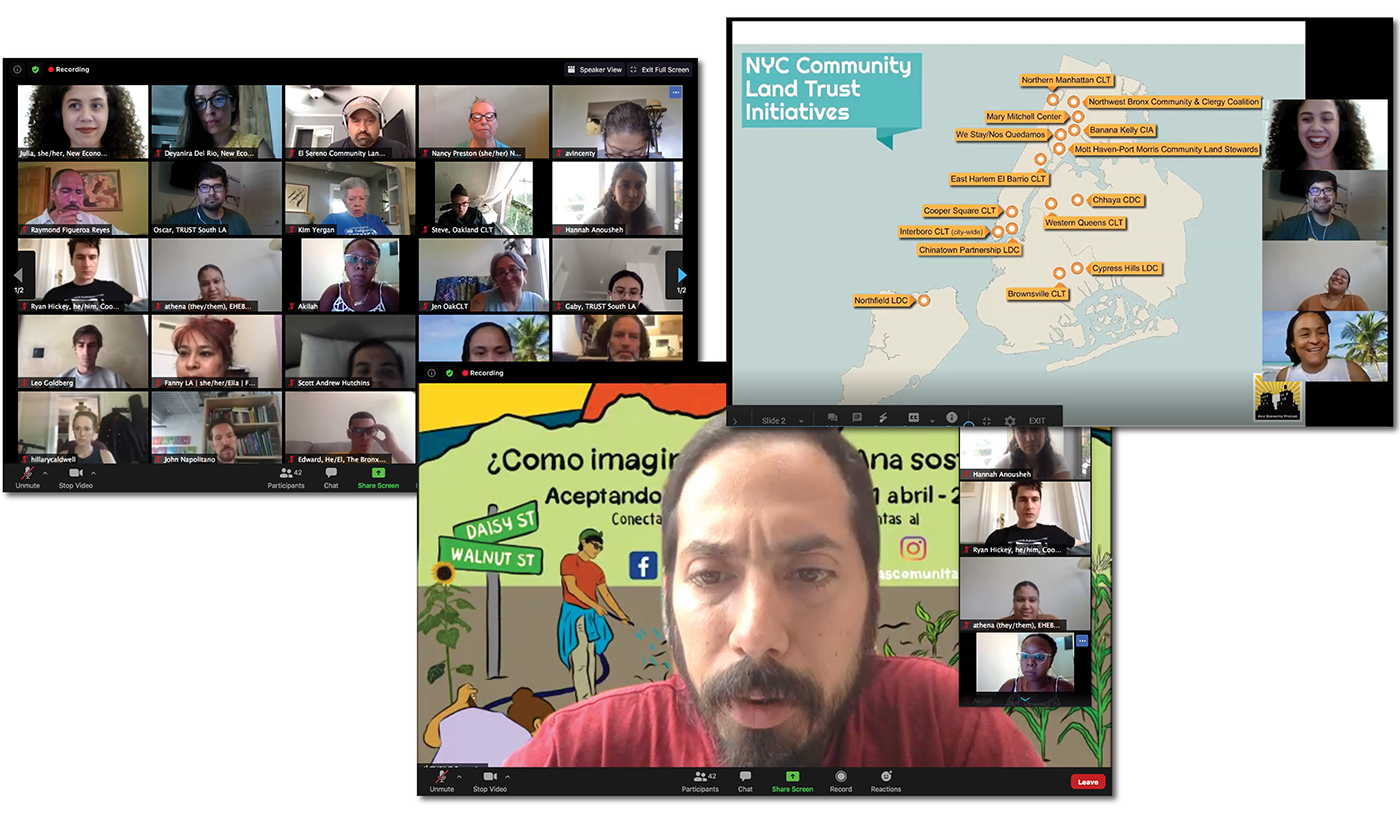 This is the second in a series of reports on exchanges with community land trusts across the U.S. Read more about our visits with CLTs in Boston and Seattle.

From coast to coast, a growing number of community land trusts (CLTs) are creating deeply-affordable housing, preventing displacement, and advancing self-determination in Black and brown communities. As the COVID-19 crisis exacerbates racial and economic inequality, and leaves millions at risk of eviction and homelessness, this work is more urgent than ever.

New Economy Project is organizing a series of learning exchanges to deepen learning and collaboration among mission-aligned CLTs in New York City and across the country. Recently, we teamed up with T.R.U.S.T. South LA to host a virtual exchange with members of the NYC Community Land Initiative and California CLT Network. During the discussion, groups shared their strategies to combat speculation, reclaim land and housing for community needs, and center CLTs in just recovery efforts.

NYC groups described a new crop of CLTs organizing across NYC, rooted in movements for housing justice and economic democracy:

Both New York and California CLTs talked about their work to advance state and local Opportunity to Purchase legislation. An important policy tool gaining momentum across the country, Opportunity to Purchase preserves affordable housing by giving tenants and community organizations a first right of refusal when a landlord plans to sell a multifamily building. Coupled with meaningful subsidy, the legislation could go far to curb speculation and channel affordable housing to CLTs and others for permanent affordability.

Thank you to members of the California CLT Network and NYCCLI for this exciting conversation!