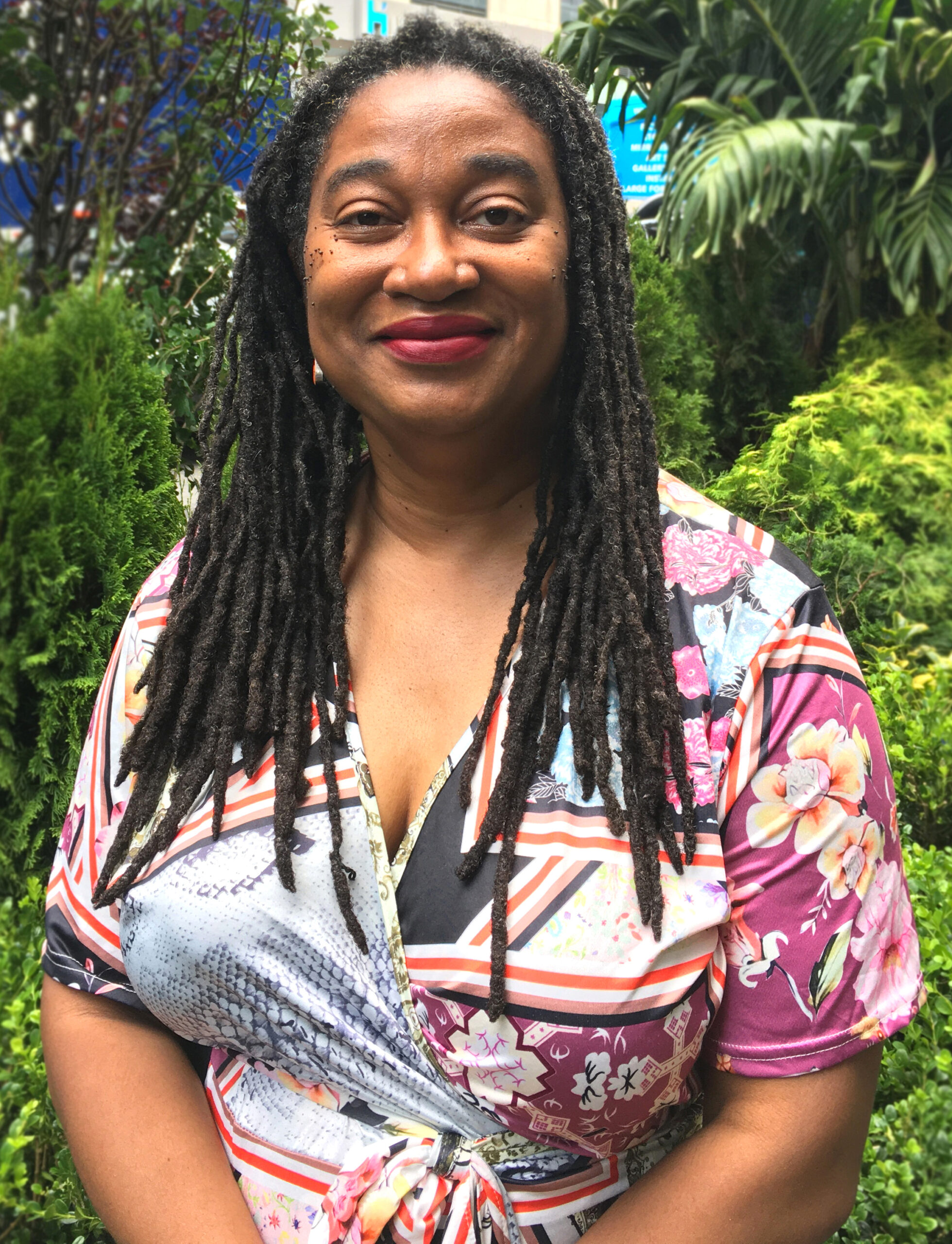 Catherine Barnett is the Co-Director of Freedom To Thrive, which works to end the punishment-based criminal and immigration systems targeting Black people. She was formerly the New York director of Restaurant Opportunities Center United, a national worker center advocating for fair working conditions and wages for restaurant workers. Catherine previously served as Executive Director of Project Enterprise, a nonprofit community development organization providing microloans, business education, peer support and technical assistance to entrepreneurial New Yorkers. As a small business expert with more than a decade of assisting micro enterprises in New York City, Catherine worked with a range of businesses from start-up to established; informal home-based to incorporated brick and mortar establishments. Catherine speaks Spanish and French, and holds an MBA from the Stern School of Business at New York University and a BA from the University of Pennsylvania. She currently serves on the advisory boards of the Women’s Organizing Network and the Professional Agricultural Workers Conference at Tuskegee University. Catherine is also on the board of Richmond Senior Services. She lives in Staten Island with her two daughters. 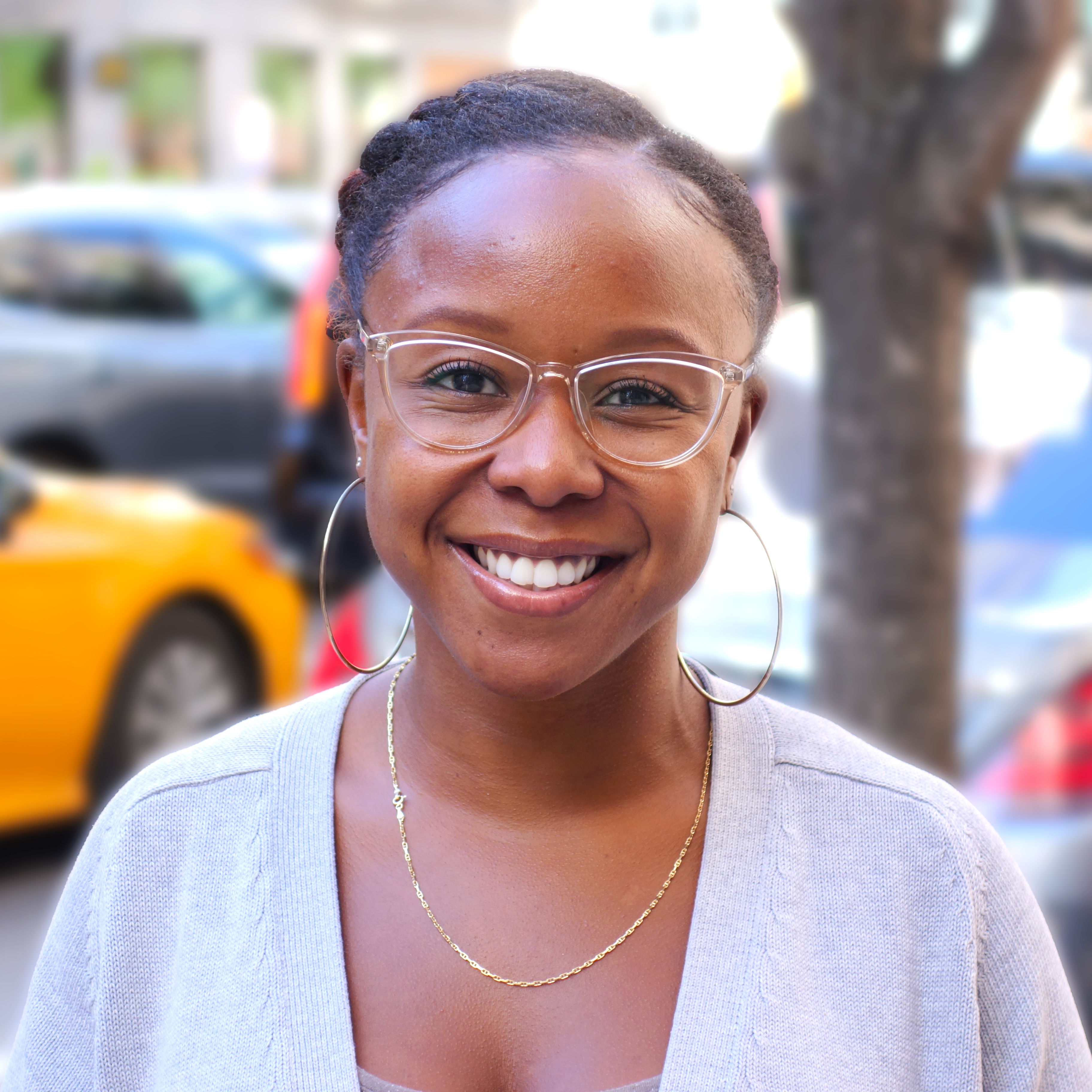 Akilah Browne has a background in and passion for community lawyering, affordable housing policy and community wealth-building – all in service of achieving racial justice and developing liberated Black and brown communities. Akilah is the co-founder of FurtherJustice Foundation, which helps organizations launch and expand client-centered civil legal services that protect and advance the rights of underrepresented communities and help clients achieve greater access to justice, power, and equity in the legal system. Prior to co-founding FurtherJustice, Akilah was a Skadden Legal Fellow at New Economy Project, where she provided policy and legal assistance to NYC community groups working to develop community land trusts (CLTs). Akilah previously worked at Cleary Gottlieb Steen & Hamilton LLP where she managed the firm’s pro bono program, which served hundreds of low-income people and nonprofits annually. Akilah received a J.D. from Fordham University School of Law, where she was active in the Community Economic Development Clinic, and a B.A. in Media Studies from Hobart and William Smith Colleges. Jennifer Ching is Executive Director of North Star Fund, a community foundation that supports grassroots organizing in New York City and the Hudson Valley. Prior to joining North Star, Jennifer was the Legal Services NYC Project Director of Queens Legal Services. From 2008-2010, Jennifer was the Director of New York Appleseed, a public interest center connecting grassroots groups with policy advocacy. As a litigation associate at Paul Weiss LLP, Jennifer spent several years representing individuals incarcerated by the United States in Guantánamo Bay. Jennifer has also served as a Gibbons Fellow in Public Interest Law and Constitutional Litigation and as a Skadden Fellow at the ACLU-NJ. She has also worked as an Urban Fellow with the New York City Human Resources Administration and a community organizer with immigrant worker centers in Boston and New York’s Chinatown. Jennifer is the daughter of immigrants, a graduate of Harvard University and NYU School of Law, and lives in Brooklyn with her partner and two children. 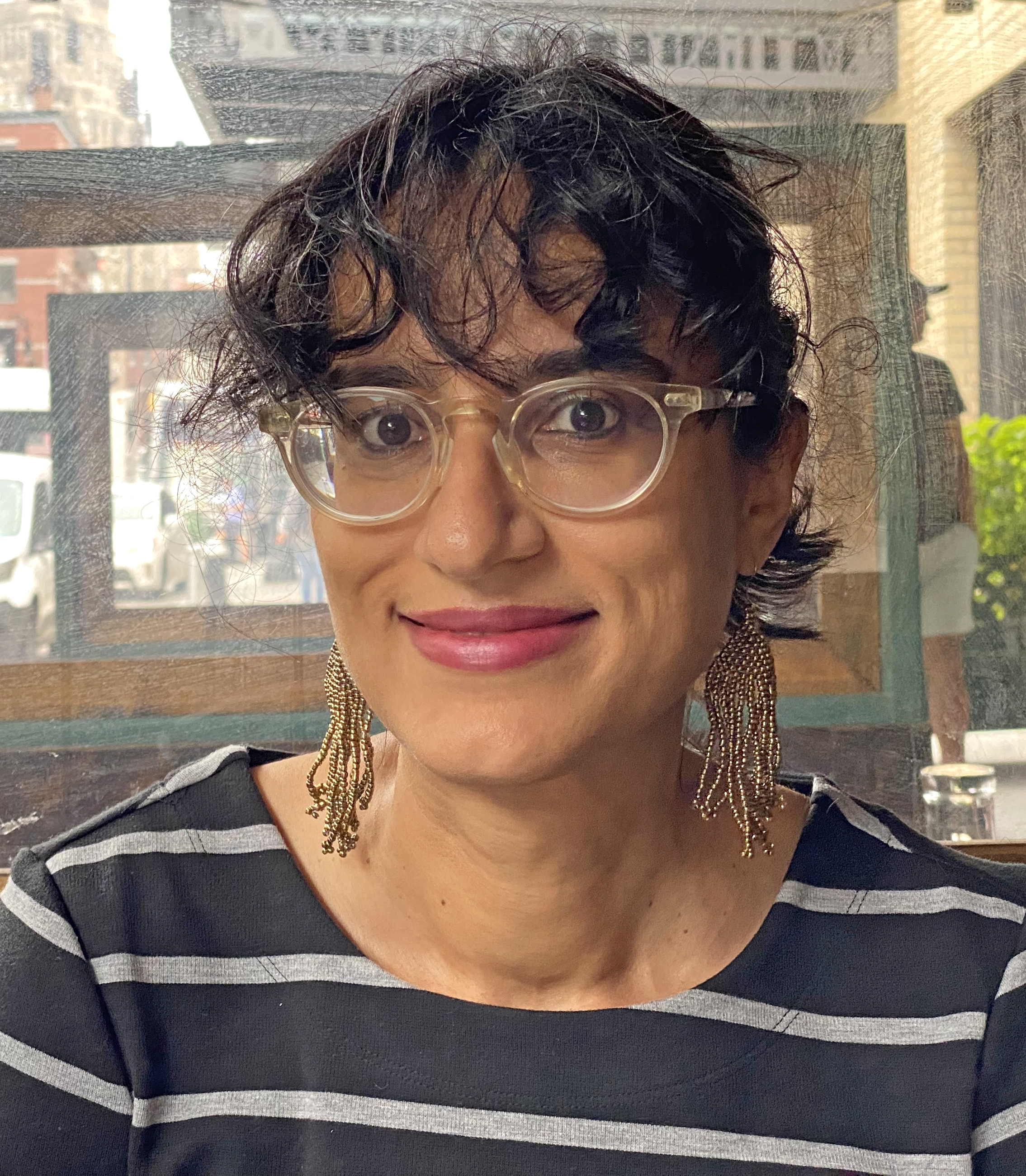 Shabnam Faruki is the Director of the Neighborhood Economic Justice Project at Brooklyn Legal Services. She leads a homeowners’ rights team that uses litigation, policy advocacy, and community outreach to assist vulnerable Brooklyn homeowners at risk of foreclosure due to discriminatory and predatory lending by the nation’s largest financial institutions. In her role, she also oversees a community economic development project, which aims to expand affordable housing, support small businesses, and strengthen community control, as well as a consumer advocacy project, which helps struggling student loan borrowers combat unfair and improper loan servicing. Shabnam holds a B.A. from Yale University and a J.D. from NYU School of Law, where she was an Arthur Garfield Hays Civil Liberties Fellow. She began her legal career at Legal Aid Chicago. Prior to joining Brooklyn Legal Services, she was the Deputy Director of Staten Island Legal Services. 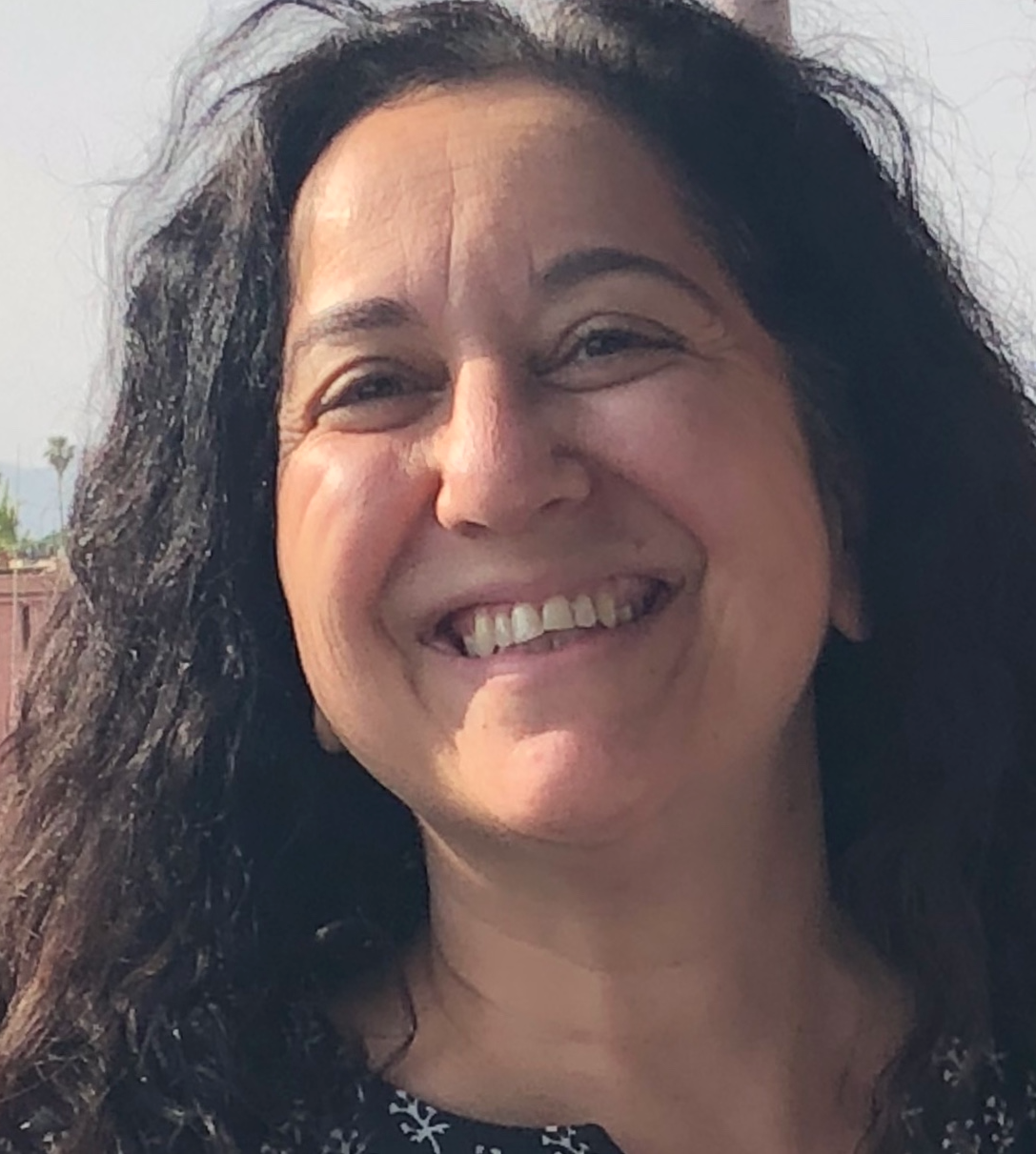 Azadeh Khalili is a feminist activist dedicated to strengthening the social justice movement. She is the Senior Vice President for Strategic Partnerships at the New Yok Women’s Foundation, the former founding Executive Director of the NYC Commission on Gender Equity, and the former Deputy Commissioner of the NYC Mayor’s Office of Immigrant Affairs. Azadeh co-wrote dozens of NYC laws and policies, mandating more than 50 agencies to provide meaningful services to women and immigrants. Azadeh founded and served as CEO of Youthbase, which worked with the NYC Department of Education to stop the spread of HIV among young people, a successful program replicated in seven other cities in the U.S. and South Africa. Azadeh has facilitated national and international workshops on gender and racial equity and leadership skills for activists. Born in Iran, Azadeh holds an M.P.H. from Columbia University and was a fellow with both Annie E. Casey Foundation’s Children and Families and the Charles H. Revson Fellowship programs. Azadeh has served on numerous boards, including the NGO Committee on the Status of Women/NY and Adhikaar. She has received many awards including a proclamation from the NYC Council. 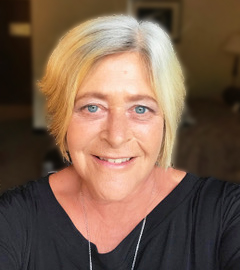 Linda Levy, retired CEO of the Lower East Side People’s FCU (LESPFCU), has been involved in the credit union movement, and specifically LESPFCU since 1986. She currently serves on the credit union’s board of directors, and as Executive Consultant to the credit union. In that capacity she represents the credit union in a variety of city-wide coalitions, including Public Bank NYC and the NYS Equity Agenda. In addition, Ms. Levy consults with groups across the country that are trying to receive a credit union charter. She resides in New York City. Brendan is founder and director of The Working World, a cooperative financial institution and business incubator based in Argentina, Nicaragua, and the United States.  Brendan originally moved to Argentina in 2004 to work with a group of Argentines looking to support the “recovered factory” phenomenon, and out of this was born the Working World and its methods of non-extractive finance.  After this success, Brendan helped open a second branch in Nicaragua in 2009, and another in the U.S. in 2012, where The Working World has so far funded twenty cooperatives, including New Era Windows in Chicago.  Brendan is a 2009 Ashoka fellow, a two time Ashoka Globalizer, a nominated Prime Mover, and a frequent speaker on the solidarity and cooperative economy. 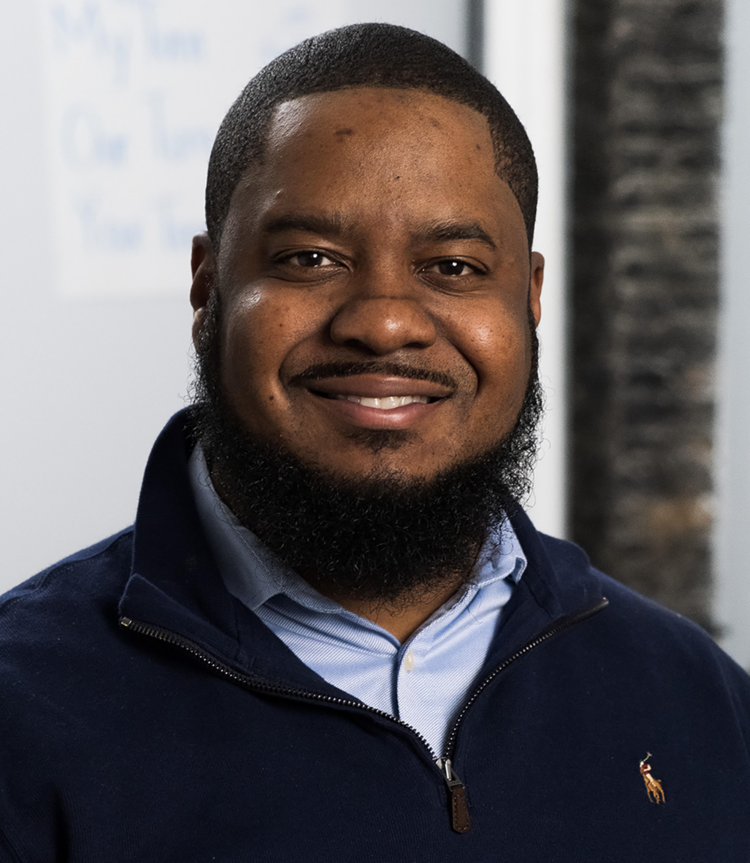 Michael Partis is the Executive Director of the Bronx Cooperative Development Initiative: a nonprofit focused on advancing economic democracy through shared wealth strategies and community-based planning with working-class Bronx residents. He currently serves as Board Chair for Youth Power Coalition. He is also the co-founder of The Bronx Brotherhood Project, a volunteer-based college success & mentorship program for Black and Latino teens at New Settlement College Access Center. Michael previously was the Director of South Bronx Rising Together (SBRT): a collective impact initiative dedicated to improving health, grade-level reading and math, and post-secondary outcomes in the neighborhoods of Morrisiana and Crotona Park West. An anthropologist by training, Michael has taught in the City University of New York system and LIU Brooklyn’s urban studies graduate program. He is also a Researcher at the Bronx African American History Project, where he and Professor Mark Naison are editing “After The Fires:” a collection of post-1970s South Bronx oral histories. Jonathan has extensive community development experience in the public, private, and non-profit sectors. He currently serves as Senior Vice President & Chief Operating Officer of the Women’s Housing & Community Development Corporation (WHEDco) in the Bronx. He previously directed development finance for the NYC Housing Development Corporation, and before that oversaw real estate and project finance for Empire State Development Corporation. Jonathan started his career in  affordable housing development over two decades ago, working with a community based organization in Washington Heights. As a volunteer, Jonathan has served as Treasurer of Avodah: The Jewish Service Corps, and has provided legal representation to a mortgage scam victim threatened with foreclosure. Jonathan earned his BA from Harvard College and his JD and MBA from New York University.