This is the third in a series of reports on exchanges with community land trusts across the U.S. Read more about our visits with CLTs in Boston and California.

New Economy Project was thrilled to connect recently with Africatown Community Land Trust in Seattle, WA, to learn about its work on community land ownership as a tool for reparations and racial justice. The conversation was the latest in a series of learning exchanges we are organizing between NYC Community Land Initiative partners and CLTs around the country.

Founded in 2016, Africatown CLT works to “acquire, develop and steward land in Seattle’s Central District to empower and preserve the Black Diaspora community.” Last year, the CLT completed its first project in the historic Liberty Bank Building, providing 115 units of deeply-affordable housing and three commercial spaces for Black-owned businesses. Africatown made headlines recently when, in the wake of protests over police brutality and racial injustice, the City of Seattle agreed to transfer ownership of several properties to the CLT and other Black-led organizations. 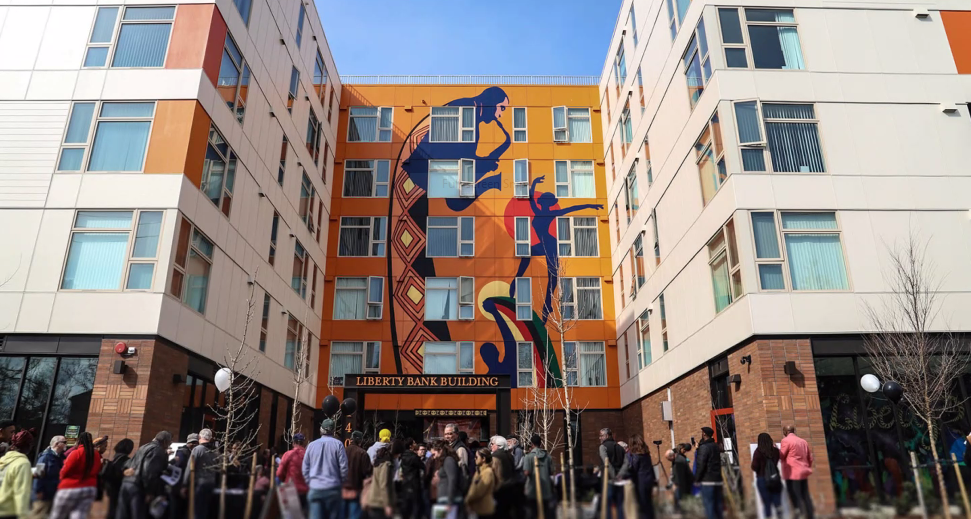 Apartments in the Liberty Bank Building are affordable to people earning 30% to 60% of the area median income. Liberty Bank was the first Black-owned bank in the Pacific Northwest.

During the exchange with NYC groups, Africatown CLT organizers shared strategies and lessons learned in their fight to secure Black ownership of land.

Africatown is grounded in the principle of sankofa, or looking back to find inspiration for the future. “We look at capturing the value of our own culture–not starting from the perspective that we are poor or lacking, but that within our experience, within our culture, exist an abundance of resources that have benefited the world,” said K. Wyking Garratt, Africatown CLT President.

Garratt noted the contrast between traditional cultural preservation approaches and building a just present and future for Black communities. “When have we really had time to plan communities–built environments–that are centered around our well-being?” he asked. “We could have a statue, we could have a plaque, or we could have a place that facilitates future lives.”

Africatown CLT grew out of a Black-led community visioning and planning effort, in response to Seattle’s comprehensive “Seattle 2035” plan. “We didn’t see [in the plan] the rich culture developed by the Black community that has called the city home for almost 140 years,” said Garratt. “Our response was to develop a plan of our own called Black Seattle 2035.” As part of this process, community members developed principles that now guide how Africatown CLT evaluates development opportunities. “How much power does the community have?” asked Garratt. “Is [the project] building with the community, allowing the community to eventually do for itself, or is it keeping our community in a service-recipient role?”

The CLT strives for meaningful community participation and ownership throughout all stages of a project–from predevelopment to contracting to  ownership structure. “We put a mandate to any proposal put forward that it has to tangibly chart how it’s going to move the Black community toward equity on a realistic timeline,” said Isaac Joy, Africatown CLT Board Member.

Propelled by the Black Lives Matter uprisings over the summer, Africatown CLT co-convened King County Equity Now, a coalition of 60 Black-led organizations, to demand public investment in the Black community. Among its demands, the coalition called for the immediate transfer of publicly-owned land to the CLT and other Black-led organizations. The coalition mobilized its full base around key sites it wanted to acquire–and won. In June, the City of Seattle announced it would transfer several properties, including a decommissioned fire station that will become the William Grose Center for Cultural Enterprise. “If we’re moving in lockstep I don’t think anything can get in our way,” said Joy. 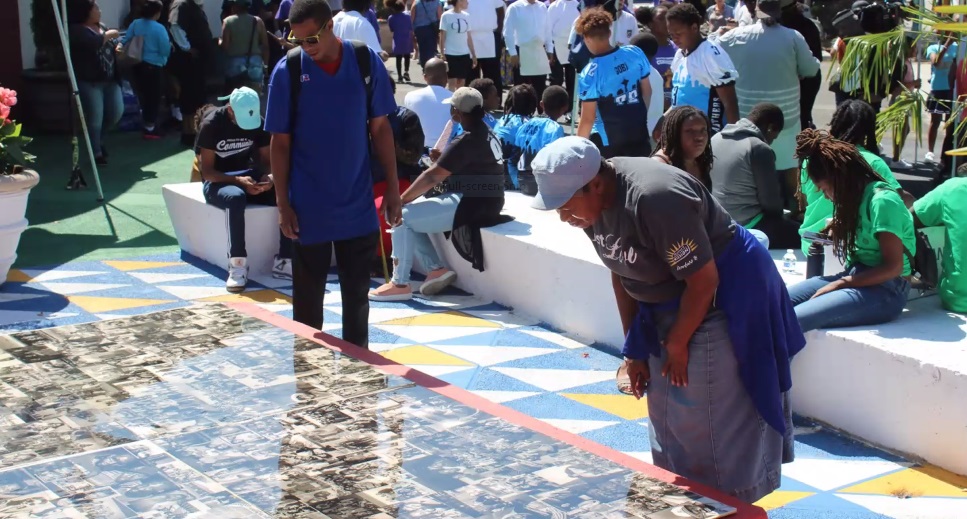 Africatown CLT facilitated an intensive community visioning and design process for its Africatown Plaza development, which will break ground next year.

“Very proud of the work you all are doing,” said Mychal Johnson, Board Member of the Mott Haven Port Morris Community Land Stewards. “Here in the South Bronx we are constantly fighting for self-determination as the only true way forward. Thanks for inspiring and leading!”

Thank you again to Africatown CLT for sharing your work, and we look forward to continuing to learn from one other!