New Economy Project and allies in the NYC Community Land Initiative and Housing Justice for All are stepping up the fight to bring housing into tenant and community control. With members of both coalitions, New Economy Project is coordinating a statewide working group to win passage of the NYS Tenant Opportunity to Purchase Act (TOPA) – groundbreaking legislation that would give tenants the first right to purchase their buildings when they go up for sale.

We recently co-organized a virtual Town Hall that brought together more than 100 tenants from across New York State to talk about how TOPA would bolster tenant organizing and expand deeply- and permanently-affordable housing. Participants heard from a dynamic panel of tenants about the need for TOPA, and ways they have organized to stabilize – and collectively buy – their homes. 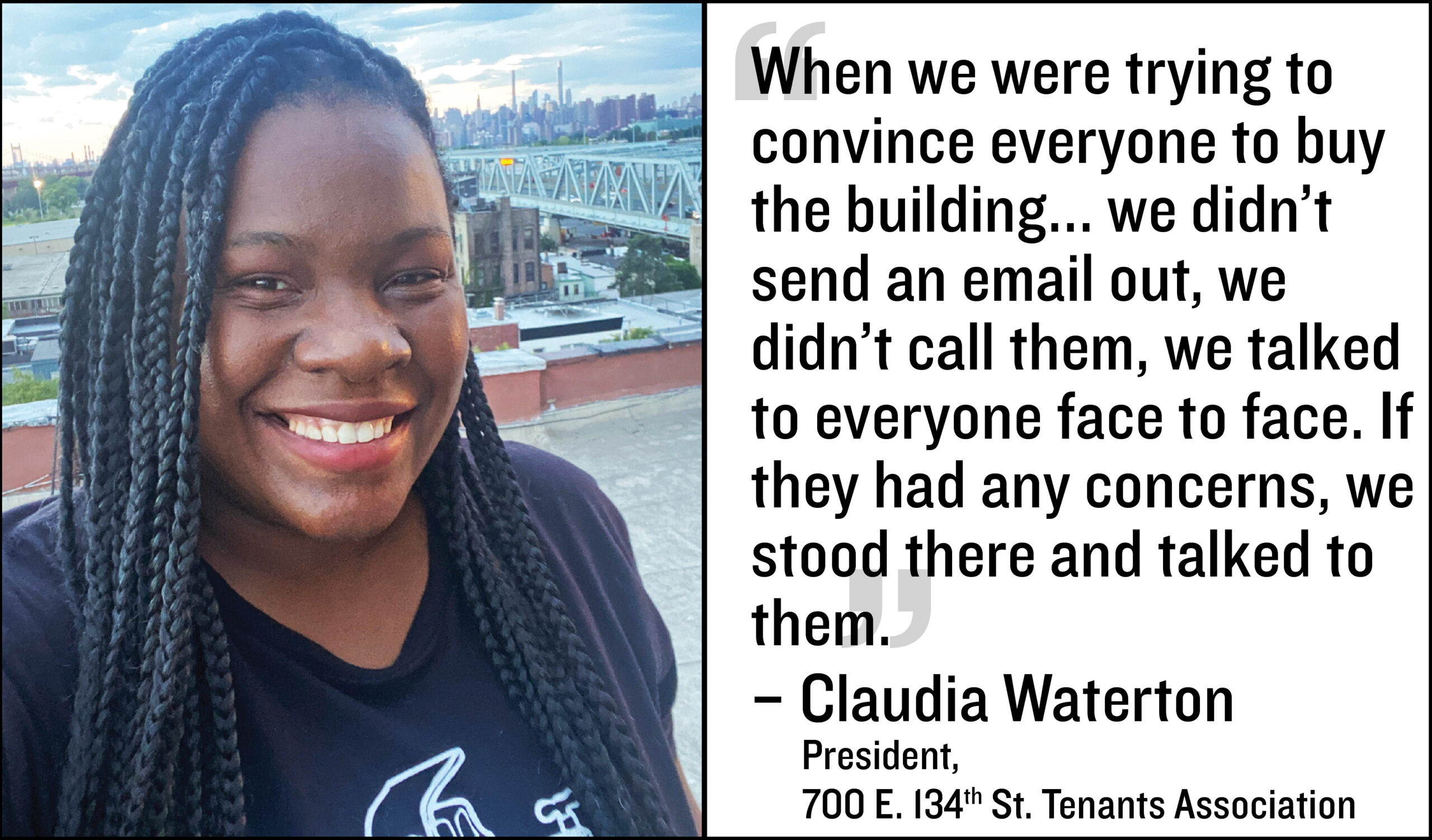 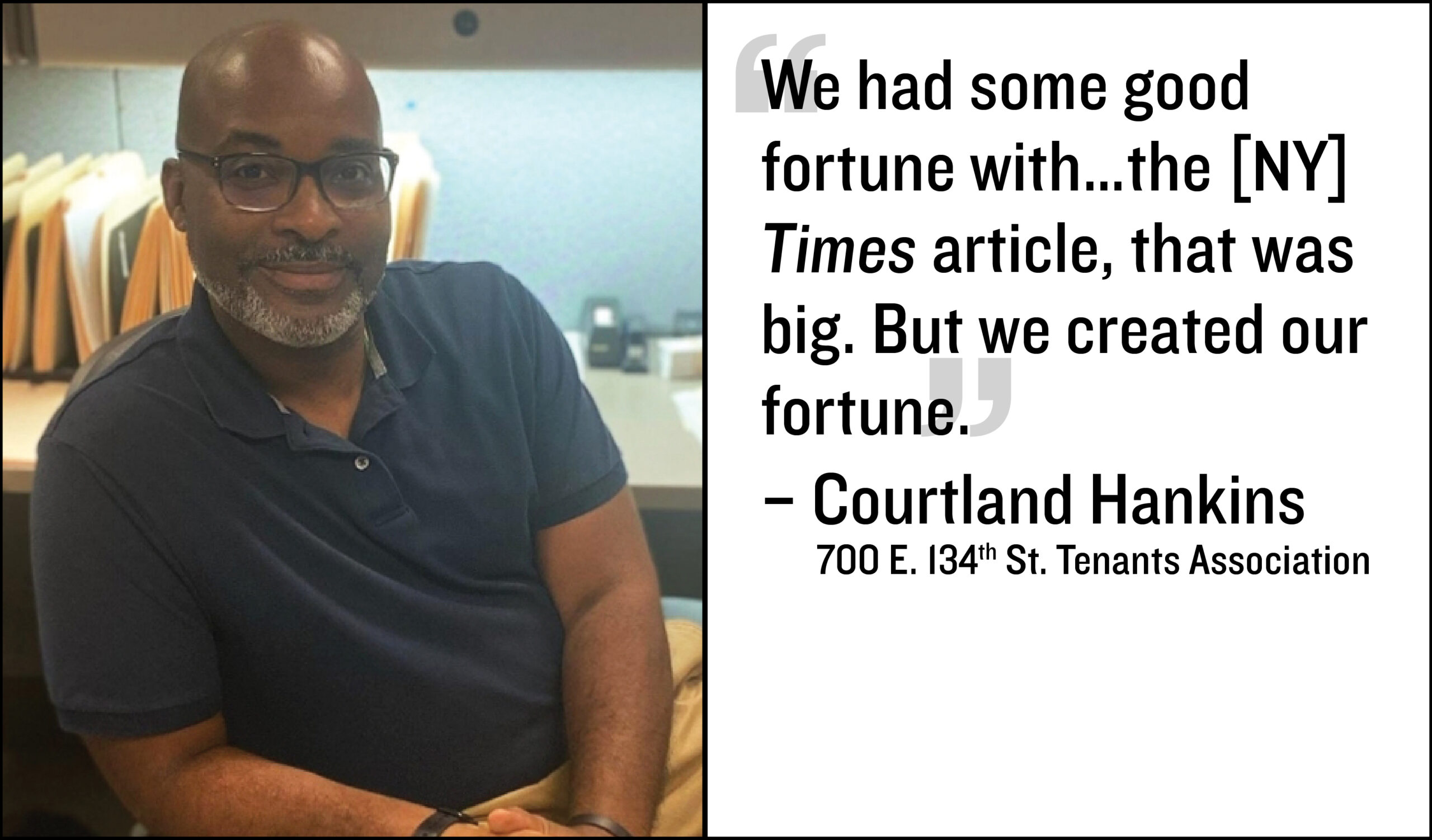 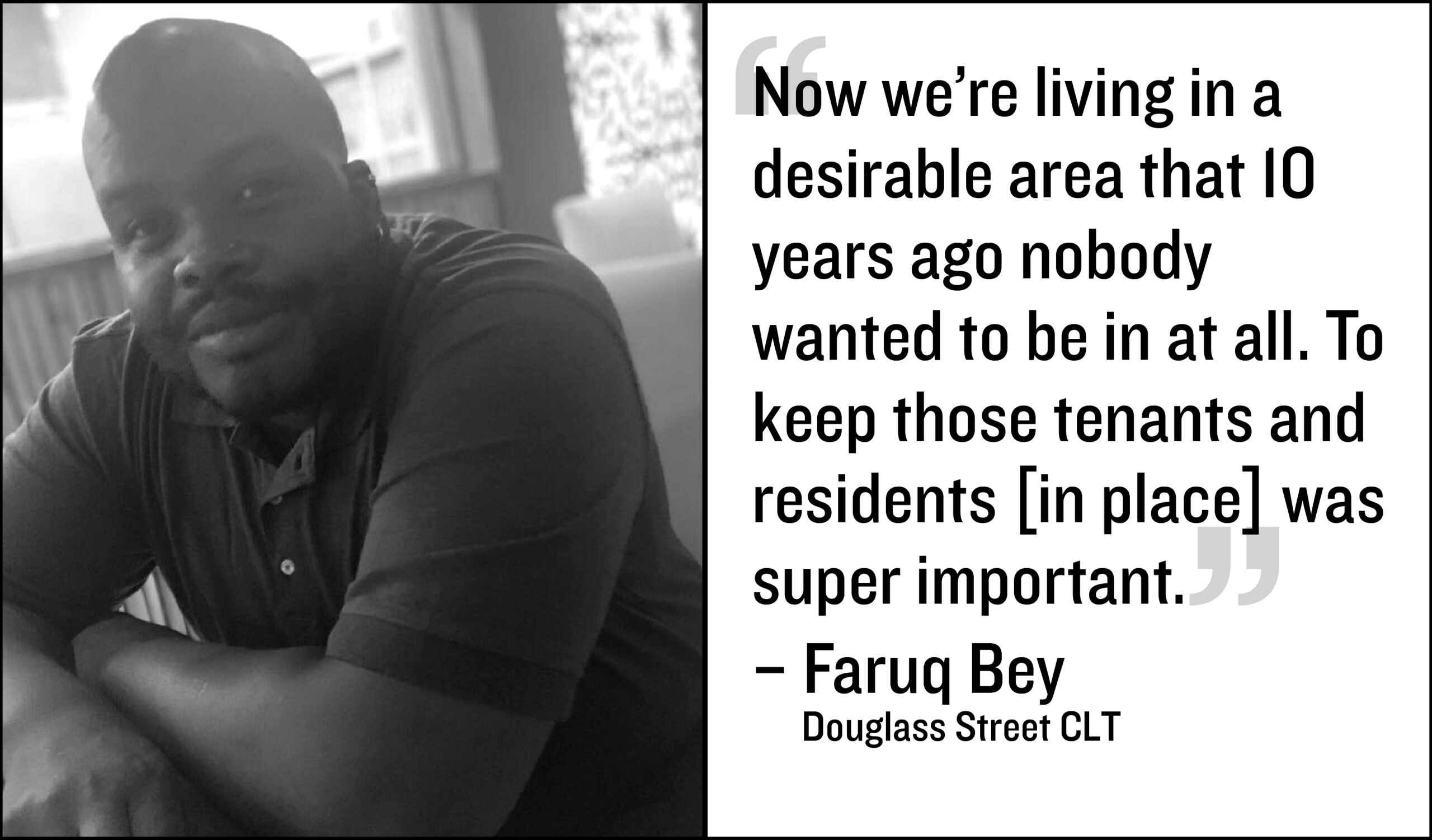 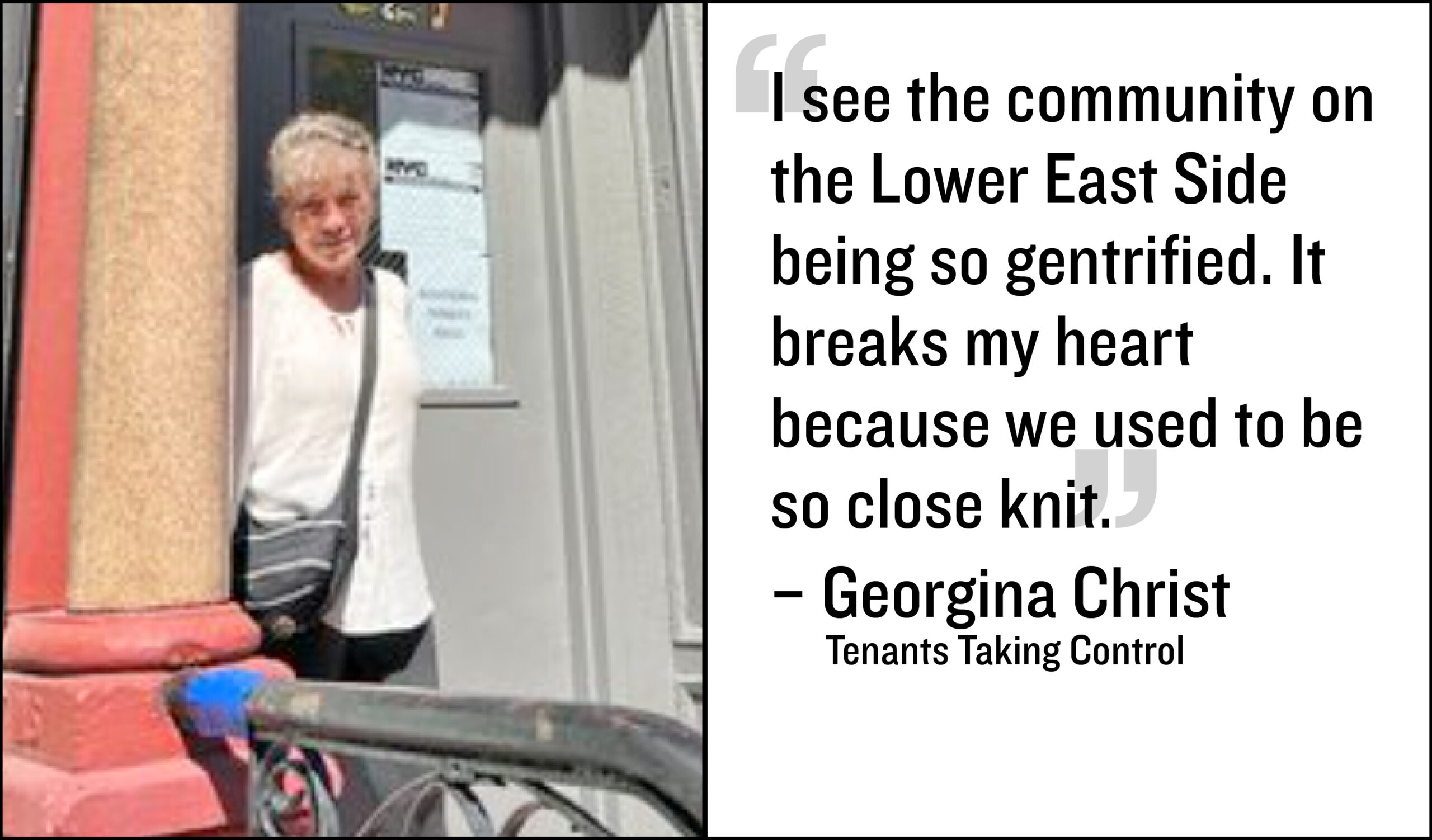 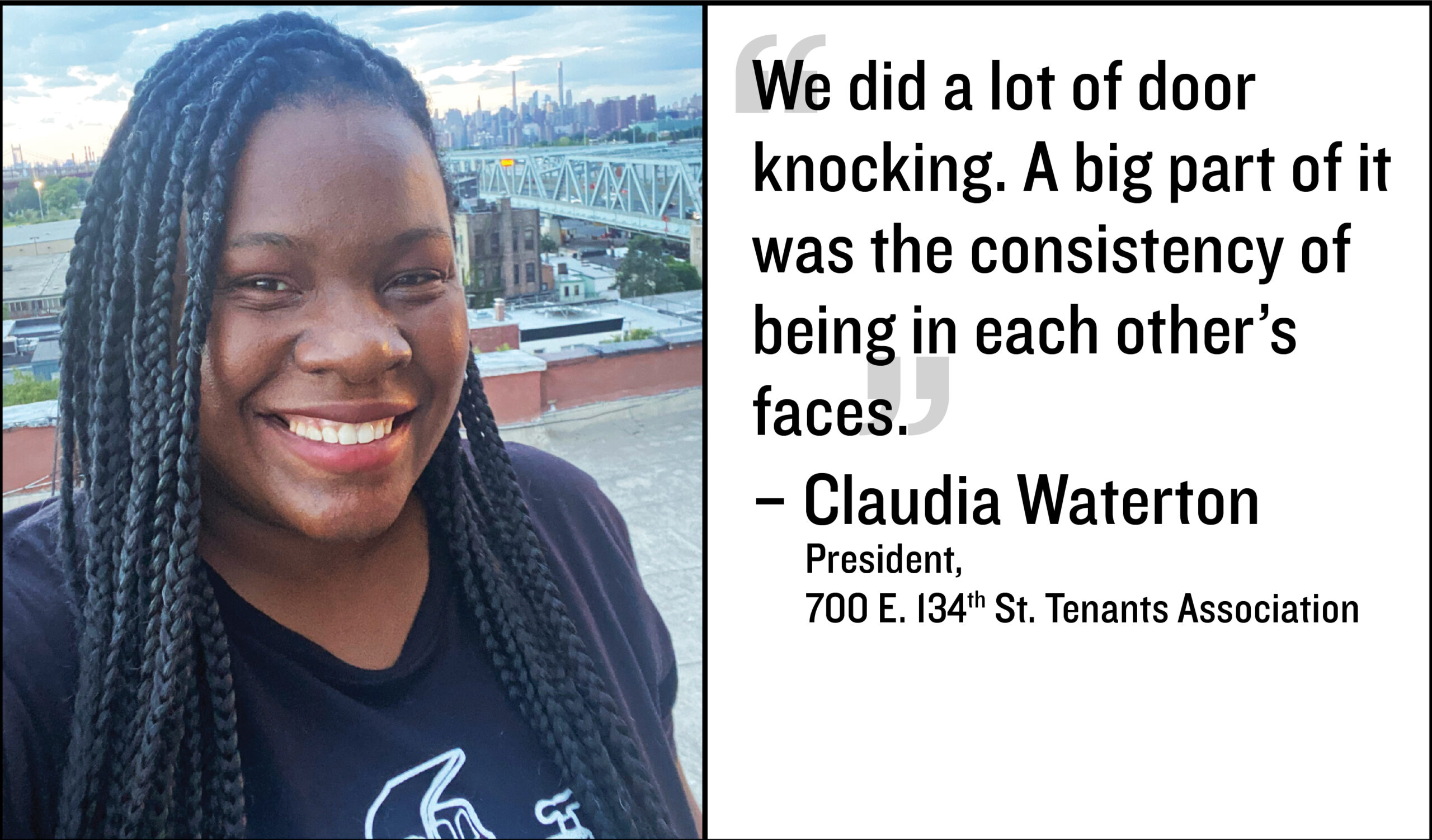 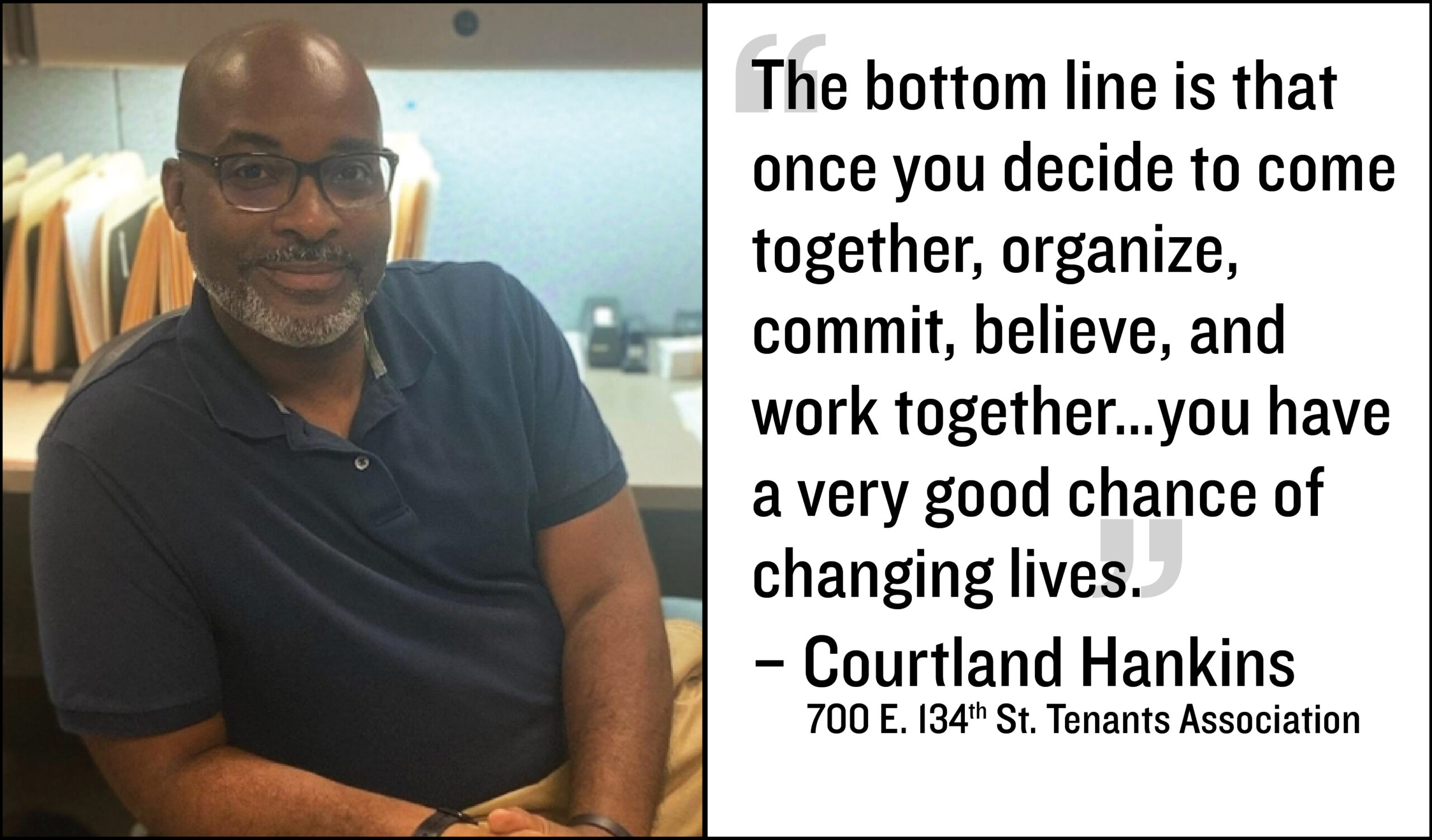 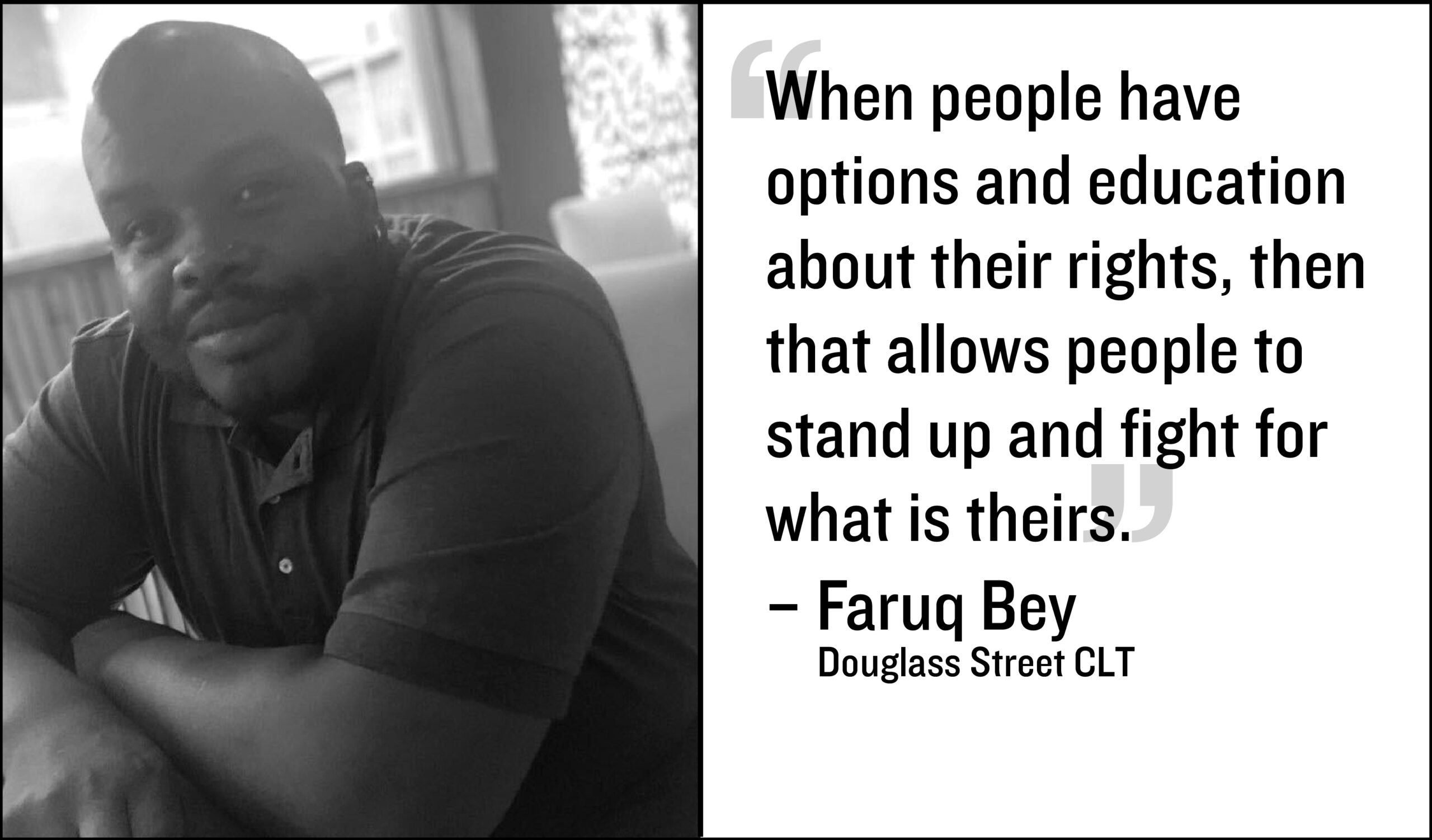 Claudia Waterton and Courtland Hankins kicked off the panel by sharing their tenant association’s five-year organizing campaign against steep rent hikes and landlord harassment. Not only did the tenants win that fight, but they successfully organized to buy their building in the South Bronx, with help from the Urban Homesteading Assistance Board (UHAB) and TakeRoot Justice. Under an agreement reached this year, tenants will soon be able to purchase their apartments for $2,500 each, in exchange for agreeing to resale terms that will keep the homes affordable for future generations.

Georgina Christ from Tenants Taking Control in the Lower East Side spoke about the building in which she’s lived for 55 years. In 2015, a notorious landlord bought the building and began harassing rent-stabilized tenants, spurring Georgina and her neighbors to organize. When the landlord put the building up for sale a few years later, tenants demanded that he sell to a “preservation buyer” who would keep rents affordable. Without TOPA, however, the tenants had no legal right to insert themselves in the sale process, and the building was sold to yet another predatory entity.

Faruq Bey shared how he and his neighbors gained control of their building in Washington D.C., thanks to TOPA legislation that D.C. enacted in 1980. When Faruq’s landlord put the building up for sale, he never informed the tenants, in violation of TOPA. Fortunately, the Douglass Community Land Trust and Mi Casa, two local nonprofits, stepped in and educated the tenants about their purchasing rights. The organizations are now working with tenants to convert their building to a limited-equity cooperative or other social housing model. Faruq — now an active member of the Douglass CLT — described how learning about their TOPA rights and getting involved in the building’s organizing “made activists out of all of us.”

Check out a recording of the event here!

The Town Hall highlighted how TOPA would support tenant organizing across New York – and lead to more victories like the one in the Bronx. Rather than sell a building out from under tenants, like in Georgina’s building, TOPA would compel landlords to meaningfully negotiate with tenants.

Let’s fight to pass TOPA this year, to build tenant power and bring housing into tenant and community control!