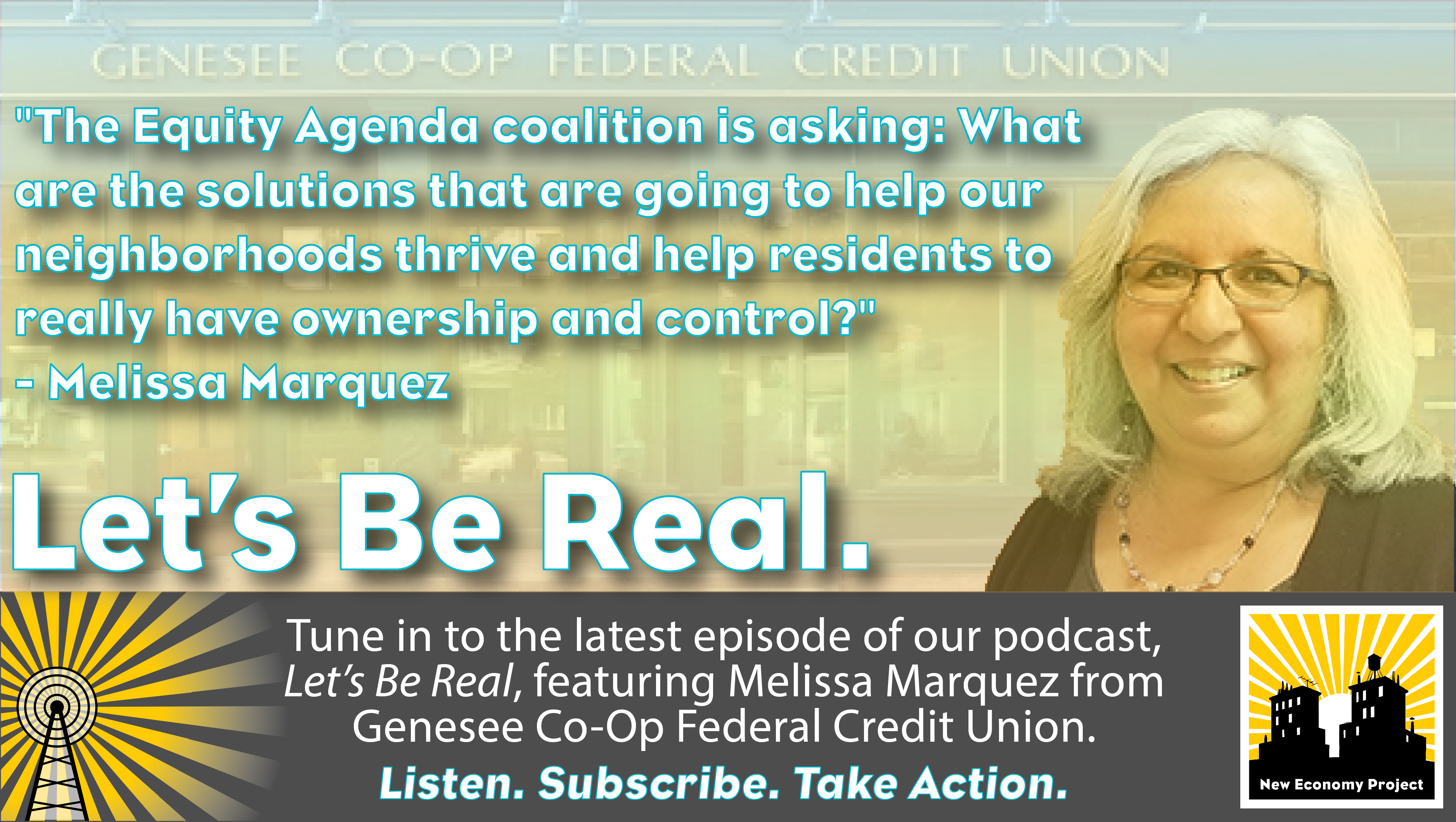 Producers’ Note: This series of interviews was conducted before the COVID-19 outbreak. While we engage in mutual aid efforts and digital organizing, we think it’s important to continue releasing stories about community-led institutions that can support New Yorkers through our current crisis, and make NYC neighborhoods more resilient going forward – as we build a new economy that works for all.

The next four episodes of Let’s Be Real focus on the NYS Community Equity Agenda, a statewide coalition that is calling for economic development that is community-led and grounded in community wealth-building and racial and economic justice. Each episode zooms in on an Equity Agenda priority, from promoting community-controlled financial institutions to ending wealth extraction throughout New York.

This episode, we sit down with Melissa Marquez, CEO of Genesee Co-op Federal Credit Union, a cooperative, member-owned, financial institution based in Rochester, NY. In our interview, we discuss the Equity Agenda’s recent victory, securing the first-ever funding for New York’s Community Development Financial Institutions (CDFI) Fund, the importance of building statewide power to fight entrenched economic and racial injustice, and why the Equity Agenda coalition is fighting for transformational change.

FOR MORE INFORMATION on organizations and projects featured in this podcast: